What is the Largest Whale? 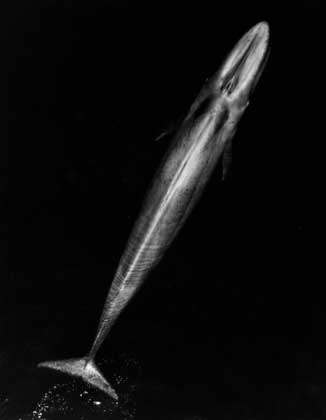 The Blue Whale is the largest animal
that has ever existed in the world
Photo courtesy of NOAA Fisheries.

The largest whale is the blue whale.

They are not only the largest living animal, but the largest animal that have ever lived on earth, even larger than the largest dinosaur known.

The blue whale (Balaenoptera musculus) has 30 meters in length and 170 tonns in weight or more.

According to IUCN Red List, the Blue Whale is Endangered with estimations just around 10,000-25,000 individuals left in the oceans of the world. This is considered to be between 3%-11% of the population available in 1911.